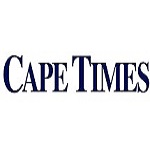 Incompetence, inconsistency and constant policy flip-flops by the Department of Home Affairs (DHA) is causing chaos among foreigners seeking residence and citizenship in South Africa.

Despite exhaustive efforts by refugees, asylum seekers and skilled immigrants to adhere to South African citizenship and residence law, the DHA’s wildly inconsistent and incoherent application of laws and regulations is creating a situation where foreign doctors wanting to work and live South Africa find themselves – and their families – stateless, with little to no recourse except for lengthy and expensive litigation.

And the ones who suffer most are, as is often the case, the most vulnerable: children.

Take the case of the Mulowayis of Kensington, Johannesburg.

Florette Mulowayi has lived and worked in South Africa since 2002, when she left the Democratic Republic of Congo as a refugee.

Her husband, Nsongoni, joined her in 2004 and, in the time since, the Mulowayis have built a life for themselves in South Africa and have had three children all of whom were born here.

However, according to DHA, for the Mulowayis to obtain South African citizenship they would have to renounce their DRC citizenship since that country does not allow dual citizenship.

As South Africa had become their home country – as well as the home of their children – the Mulowayis submitted their declarations of renunciation. By mid-December 2015, Florette and Nsongoni ceased to be DRC citizens.

After checking with a DHA official that all their application forms were correctly completed, the Mulowayis submitted the paperwork that would at last make them South African citizens.

The application was denied.

However, when their third child was born in March 2017, despite being registered lawfully and receiving an unabridged birth certificate, the Mulowayis were told that he was not recognised as a citizen of South Africa.

They were told by Home Affairs that this was likely a result of the promulgation of the South African Citizenship Amendment Act 17 of 2010.

The DHA official was adamant that not only was their third-born not a citizen, but he was ineligible to become a citizen under current laws.

This has created a bizarre situation where two parents are stateless, but South African permanent residents; two children are South African citizens; and another child is stateless and without any status in South Africa at all.

The Mulowayis realised that, as an undocumented minor, their newborn is unable to turn to local hospitals or clinics should he fall ill and even basic procedures, such as applying for schooling or booking a flight is impossible.

This has prompted the Mulowayis to seek legal advice from our firm, initiating a court case that was to be heard on November 23.

The objective of the court case is to seek clarity on two key aspects of the Act:

Firstly, how long must a permanent resident be ordinarily resident before he or she is eligible for naturalisation as a citizen?

A group of attorneys, including myself, will argue for five years as per the explicit wording of section 5(1)(c) of the Act, which states: “he or she is ordinarily resident in the Republic and that he or she has been so resident for a continuous period of not less than five years immediately preceding the date of his or her application”.

Secondly, whether the DHA is under an obligation to recognise the Mulowayis’ newborn as a South African citizen by birth, which we will argue is clearly defined in the constitution in terms of section 28(1)(a), as well as in section 2 of the Act, which states:

(a) who immediately prior to the date of commencement of the South African Citizenship Amendment Act, 2010, was a South African citizen by birth; or

The outcome of this case, which was scheduled to be heard in the Western Cape High Court on November 23, but was postponed due to DHA delaying tactics, will determine whether the Mulowayis’ son has claim to citizenship and the constitutional rights such citizenship would afford him.

The Convention on the Rights of the Child, a UN-led treaty on the human rights of children, was signed by South Africa in 1995. The Constitution and Children’s Act both integrate the principles of the convention into South African law. However, while the purpose of the convention is to ensure all children experience equality and fairness – no matter where they come from – South Africa’s implementation of these values often falls short.

Sadly, the Mulowayis’ story is not unique.

Until Home Affairs can consistently and fairly apply the laws and regulations governing immigrants, stories such as that of the Nsongoni parents and their children will continue.

Without the courts, a generation of children will remain ghosts, stateless, undocumented and unable to enjoy the basic human rights our country prides itself on.

De Saude-Darbandi is founder and director of De Saude Attorneys.