Repairing Broken Links: Stefanie de Saude writes how the reinstatement of Lithuanian citizenship is one small step towards righting the wrongs of the past. 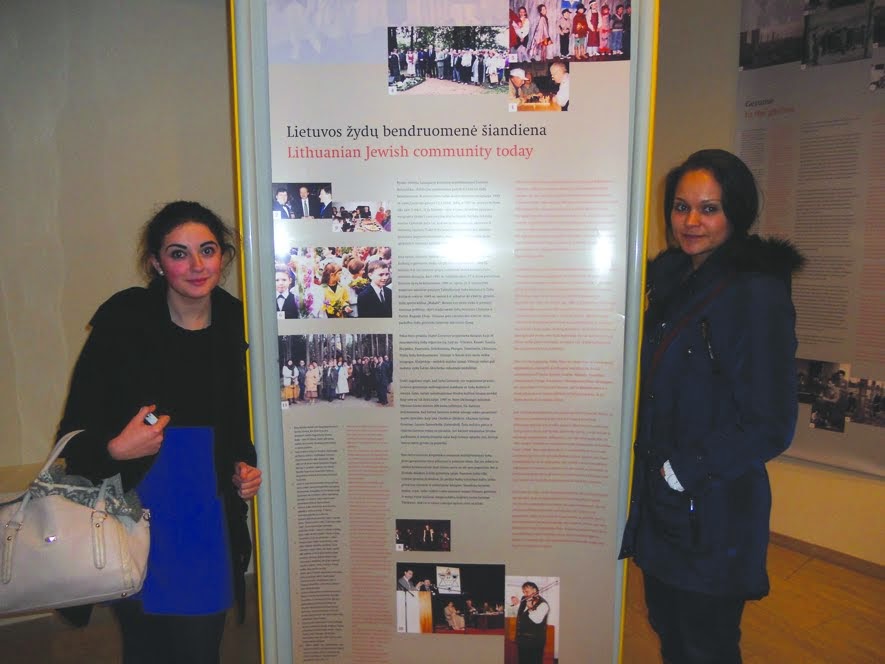 I am an immigration lawyer and partner at Eisenberg de Saude Attorneys in Cape Town, and I recently visited Lithuania to attend meetings with individuals at governmental institutions assisting with our Lithuanian citizenship applications.

I am not Jewish, and the trip was life-changing for me as I knew very little about the rich Jewish history and tragic demise of the Lithuanian Jewish community prior to my visit.

Eisenberg de Saude specialises in South African immigration and nationality and has been operating since 1997. Over the last year we have been assisting — as the middleman — individuals of Lithuanian descent, in their applications for Lithuanian citizenship on the basis of their biological relationship to their ancestors. We have recently incorporated this service into our business and now accept mandates (from inception until completion) from Jewish individuals who wish to obtain Lithuanian citizenship (particularly because Lithuania has joined the European Union) whose parents, grandparents or great- grandparents were Lithuanian citizens between 1919 — 1940 and who were forced to flee Lithuania during this period to take up citizenship in another country. Several days before I departed for my first trip to Lithuania, a client phoned me in tears after we successfully located a copy of her grandfather’s passport in the Lithuanian Central State Archives. I could hear in her voice that obtaining Lithuanian citizenship meant so much more than simply obtaining an EU passport for practical purposes. While the primary goal of my trip was to meet with Lithuanian officials and represent my Jewish clients, I also set out to learn about what was lost and what remains of Jewish life in Lithuania.

In between various meetings with government officials, I spent most of my free time engaging with members of the local Jewish community, including young adults, communal leaders and academics. The Lithuanian Jewish community today consists of less than 5 000 souls, down from 15 000 in 1989 and 220 000 just before World War II. Although the vast majority of South African Jews are the descendants of Litvaks who emigrated prior to World War II, many had family members who stayed behind and were murdered during the Holocaust. As I stared into the pits at Paneriai, where 70 000 Jews were shot between July 1941 and August 1944, it became apparent that the Nazis not only destroyed lives, but also the human bridge linking Lithuanian and South African Jewry.

The issue of restitution looms large in this small country of 3 million inhabitants, where 206 800 Jews were murdered, some by Lithuanian collaborators before the Nazi invasion. During the Soviet occupation from 1944—1990, Lithuania was unwilling to accept responsibility for its role in the ethnic cleansing of Jews during the Holocaust.

strong>Righting the wrongs of the past

Since independence was restored in 1990, many still accuse the Lithuanian government of denying responsibility for its country’s role in the Holocaust, as admission of guilt would compel it to return millions of dollars’ worth of stolen property to the tiny local Jewish community and the foreign descendants of Nazi victims. I was alarmed to learn of an increasingly popular ‘dual Holocaust’ revisionist narrative, which claims that although Jews were Nazi victims, they ‘collaborated with the KGB to perpetuate another Holocaust against ethnic Lithuanian Soviet citizens’, making Lithuanians and Jews ‘even’ for crimes against humanity.

As a gentile with limited Holocaust education, I left Lithuania believing firmly that admission of guilt and even full property restitution will never make amends for the thousands Lithuanian Jews who were murdered and the immense loss their relatives experienced in South Africa. We can only begin to repair the links the Nazis destroyed between the South African and Lithuanian Jewish communities by visiting each others’ countries, and for the Litvak diaspora to reinstate their right to Lithuanian citizenship, which is one small step towards righting the wrongs of the past.